We ARE Where The Fishing IS on Eagle

A dream destination of informed fishermen 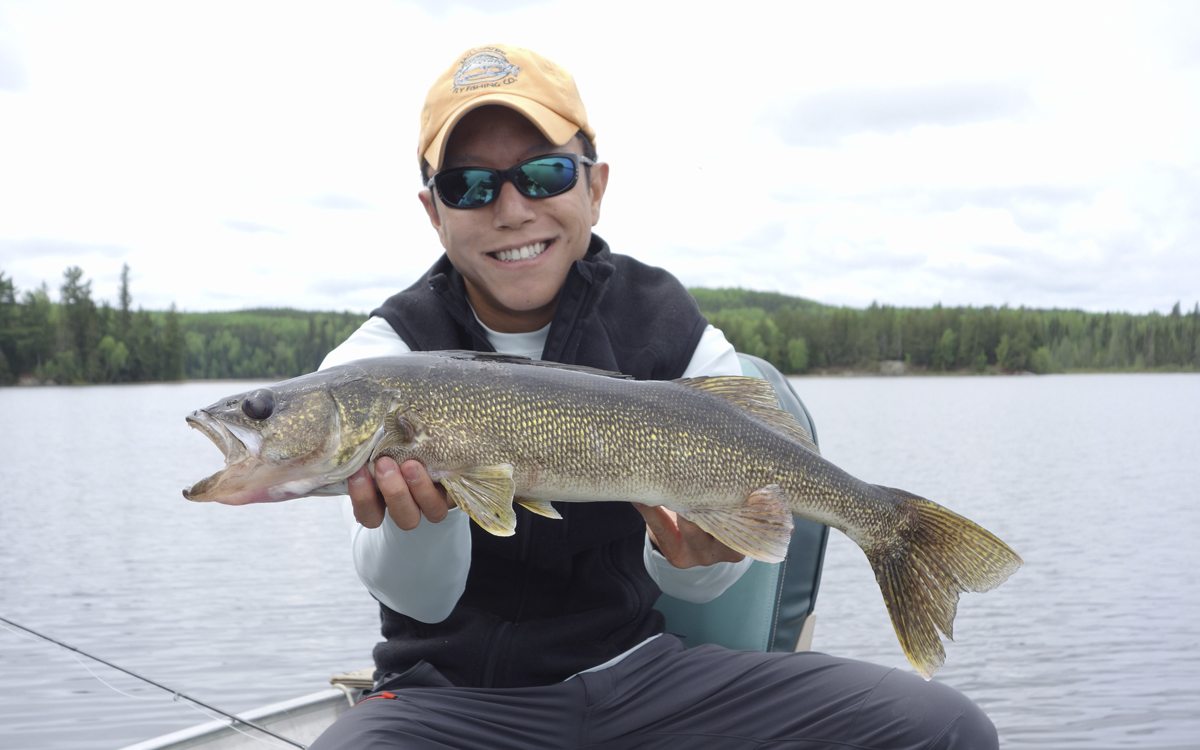 Whether you’re a seasoned fisherman looking for the trophy of a lifetime or a novice angler, Eagle Lake will satisfy with plenty of action and the real possibility of that once in a lifetime catch. We get excited to share our expertise with you in making your vacation a memorable one.

South Shore Lodge is located in the heart of Eagles prime fishing waters. No need for long boat rides, or hire guides to travel long distances to be in the good fishing areas. We’ll sit down, mark a map, and assist all we can to put you on the fish that are just around the corner. When others are traveling from far ends of the lake, you’ll already be fishing when you start out here.

We provide well maintained equipment for you to spend the better part of you day in. All our package prices include 18 foot Deluxe Lund Outfitter boats with carpeted floors, livewell, depth finder, pedestal swivel seats and a 40-hp 4-stroke Yamaha motor. Alternatively, you can bring your own boat and launch at our pick-up point, we will meet you there and lead you to camp.

Walleye
Many 30+ inch trophies each year…and the main course at any shore lunch.
Muskie
When looking for that monster, Muskie fishermen head for Eagle lake.
Northern Pike
Called “The Water Wolf”… Eagle Lake will show you why.
Smallmouth Bass
Pound for pound the most fight you’ll get on the end of a fishing line.
Lake Trout
Hang on… these fish don’t like giving up.

Think fishing isn’t what it used to be?…Think again!

Conservation measures that were introduced on Eagle Lake in the 1980’s with slot sizes for walleye and northern pike, protective measures and season alterations for smallmouth bass, a 54” minimum size limit on muskie and size and quantity control on lake trout, has resulted in one of the top fishing destinations in Canada.

Guests that have been coming to South Shore Lodge since we’ve been there and before, will attest to the outstanding results from these conservation measures. We are confident in saying the fishing on Eagle Lake is as good now, if not better, than it was well before our family first purchased South Shore Lodge in 1984!

If you ever think fishing isn’t what it used to be…Think Again!

GET YOUR FISHING LICENSE ONLINE

What species of fish provides the best fishing? The answer depends on whom you ask. With vast numbers and reaching up to 15 pounds, many anglers pursue walleye. Others prefer muskie, which occasionally exceed 60 inches and 50 pounds. Northern pike up to 10 pounds are abundant in Eagle Lake, with several 20 pound+ pike caught each year, 30-pound fish are possible. The underrated smallmouth bass, which often swim under the radar while anglers pursue other species, average 4 pounds, but can occasionally reach 7 pounds or more.

The best time to fish is also largely a matter of opinion. With early season producing great numbers of walleye and trophy size pike, muskie, and smallmouth, there’s no doubt that July and August are extremely productive for the trophy fish and the best time for the BIG walleye.

We see NO summer “dead times” as many lakes experience.

KIND WORDS FROM OUR GUESTS

Want to thank you for the wonderful time that myself and fishing partner had at your camp. Jerry who had never been there before said he will never forget your place. The meals were great, help was great and the walleye fishing was out of this world. I have fished in many tournaments, but I got to say this was the best I have ever done. Jerry wants to say what a place & all the help you gave him.
Winona, Minnesota

MAKE YOUR RESERVATION NOW TO GUARANTEE YOUR SPOT

We stay busy during fishing season so make sure you contact us asap!